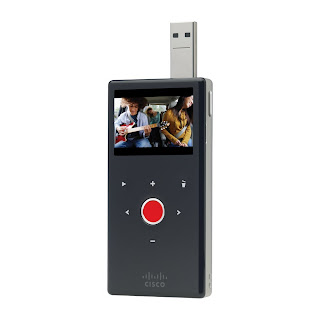 If the Flip MinoHD was a person, it'd be the kind of person that you see across the bar and your cheeks flush.
Sleek, slim and elegant with perfect curves, a beautiful outfit and you'd like nothing better than to touch them and see if they felt as good as they looked. The Flip MinoHD is the Prom Queen of the pocket video camera world. The popular one that everyone wants to be, or be friends with.
But alas, to those who know her better, behind that pretty dress and make-up our Prom Queen has some issues. She's over-sensitive, she over-complicates things and sometimes she throws a tantrum for no good reason at all. The question is, is she worth it? 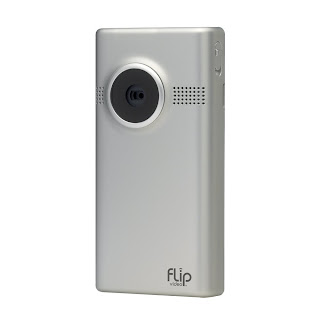 With a backside that looks as good as this one <--- you'd be forgiven for overlooking her foibles - certainly I gravitate towards the MinoHD rather than her slightly chunkier (but equally well specced) sister, the Flip UltraHD - but then I own an iPhone just because it's pretty.
The MinoHD has a built-in battery which is recharged through it's flip-up USB stick. A full charge will last you enough time to bore the pants off anyone watching on YouTube. However, I strongly suggest you don't run the battery all the way down, because my MinoHD completely wigs-out and freezes when the battery gets very low. Only a reset seems to solve it (There's a secret button inside the tripod mount on Flip cameras which resets them in the event that they crash... and mine does, regularly).
The video quality is excellent. It's 50 frames per second, so very smooth when filming fast action (like a TV) and 720p (1280 x 720 pixels) which in layman's terms means that the quality is very good indeed and OK for full-screen on a laptop or small TV.
However, the trade-off for this enormous quality of filming is two-fold. Firstly, you need a powerful computer to deal with the files. The video below is 170Mb in size and 2min40 long. Flip's own Flipshare programme (which comes with the camera) took 20 minutes to process this video (adding titles). And secondly, uploading to YouTube on my 1Mbs connection took a further 30 minutes. It would be nice if either the camera or Flipshare software had an option to reduce quality and file-size.
Sound recording on the MinoHD is OK. It's got a stereo microphone and picks up sounds very well. But occassionally, as you can hear on the video, the sound drops out for no apparent reason - possibly due to background noise (?)
My main problem with the MinoHD is its buttons. Cisco (who own Flip) have chosen to use Capacitative buttons (like an iPhone screen), which is all well and good until you try to hold the camera in any way except for as shown on the advert. They're WAY too sensitive and especially if you're trying to film yourself it's far too easy to accidentally press all kinds of buttons which is irritating. At least the 'record' button is a real push-button and much more positive to press.
SUMMARY: The MinoHD (4Gb) is a very pretty camera. It starts up very quickly so you don't miss much action. It has a (not very good) 2x zoom, and the video quality is excellent. However, I can't escape the facts that the capacitative buttons are more of a hindrance than a help, and that you don't always want massive video files generated - you can't turn the 720p resolution down. Battery life is OK and you get 1 hour of HD video on the built-in memory. If it were my money, I'd buy the UltraHD instead. It has proper buttons, takes AA batteries so if you're on the trail you can change them, and although it's a little chunkier, it's easier to live with (I own one as well).

Tags and search info for this review: This is a Flip Video review. GearWeAre.com tests and reviews video, camcorder, cameras, outdoor gear and camping equipment.